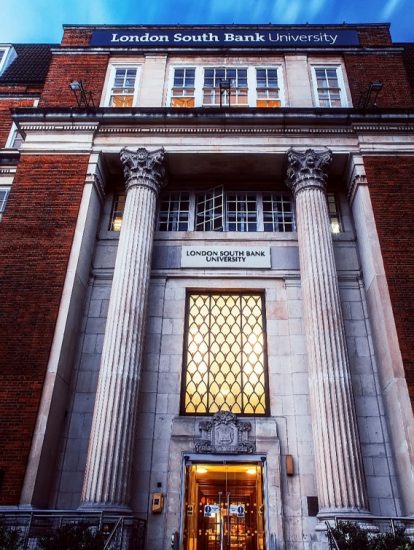 LSBU has been awarded Silver for teaching excellence under the Government’s Teaching Excellence Framework. LSBU is very proud to be the only UK university to be awarded University of the Year for Graduate Employment for two years in a row (The Times and The Sunday Times Good University Guide 2018, 2019).

LSBU has established numerous partnerships with business and academic institutions and they collaborate at local, national, and international level with communities, schools and colleges, social enterprises, NGOs and other charitable organisations.

In 2017, Applied Science University (ASU) and London South Bank University established an academic partnership, and launched two validated programmes within the ASU’s College of Engineering in the academic year 2017-2018.

ASU and LSBU plan to expand this academic partnership to include a number of new programmes in the near future.
For further information about LSBU, please visit: https://www.lsbu.ac.uk/.