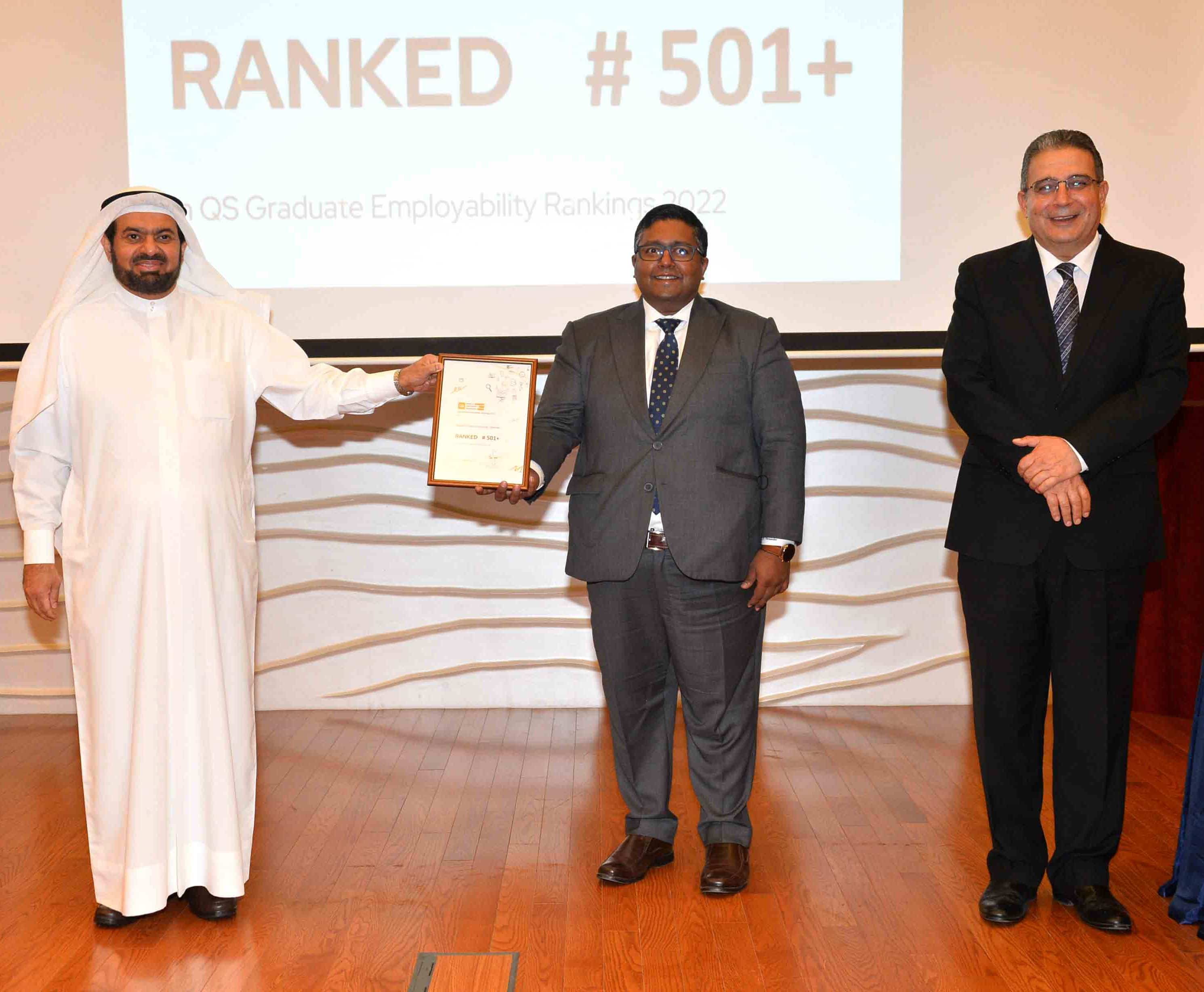 Applied Science University (ASU) continues to excel in the international rankings after adding a new stellar achievement in addition to its illustrious list of academic and administrative accomplishments at local, regional and international levels, this time by being ranked among the top 550 universities globally in the QS Graduate Employability Rankings 2022.

The QS Graduate Employability Rankings is based on several parameters related to the reputation of the university’s graduates among employers, the learning outcomes of graduates and the university’s partnerships with employers, in addition to the rate of graduates who obtain jobs after their graduation. Indeed, ASU’s graduates enjoy an outstanding reputation among employers in Bahrain and the GCC countries, especially that the University has so far graduated about 6000 students from Bahrain and other GCC countries.

It is quite remarkable to note that ASU is the only Bahraini university to enter this international ranking which measures the reputation of the graduates in the labor market. This year, 770 universities from around the world participated in the rankings, and ASU was selected as part of the best 550 universities from among the participating universities.

This is not the first time that ASU achieves outstanding results in international and Arab rankings. Indeed, in the QS World University Rankings for 2022, ASU was ranked 591-600 among the best universities in the world. It is also the only university in the Kingdom of Bahrain that has a four-star rating in the QS Stars Rating. Additionally, ASU ranks 29th in the QS University Rankings for the Arab Region 2021, 401+ in the Times Higher Education  Impact Rankings against the Sustainable Development Goals (SDGs), and 37th in the Arab World (484 globally) in the GreenMetric Ranking of Green and Environmentally Friendly Universities.

On this occasion, the Chairman of the Board of Trustees, Professor Waheeb Al Khaja, congratulated the President of the University and all the University’s employees for this global achievement, stressing that this success is a clear message to the University’s staff members to keep up the good work by supporting both students and graduates, and he extended his thanks and appreciation to the Minister of Education, His Excellency Dr. Majid bin Ali Al Nuaimi, and to all the members of the Higher Education Council and the General Secretariat of the Higher Education Council, namely its Secretary General, HE Dr. Shaikha Rana bint Isa bin Daij Al Khalifa, for their tireless efforts to develop education in Bahrain and their constant support for the educational system.

For his part, the President of the University, Professor Ghassan Aouad, congratulated the Chairman of the Board of Directors, Mr. Samir Nass, the Chairman of the Board of Trustees, Professor Waheeb Al Khaja, and all the members of the Boards of Directors and Trustees, reiterating his resolve to keep the University moving forward towards greater heights among the top universities in the world in terms of quality and academic and research outputs, and to fulfill the University’s strategy that focuses on creating academically qualified and market-ready graduates as per the best local and international academic standards, which is in perfect harmony with the strategy of the Higher Education Council in the Kingdom of Bahrain.

In turn, Dr. Mohammad Yousef Ahmed, Vice President for Administration, Finance and Community Engagement, further explained that this distinguished international ranking of the University, which makes ASU among the best universities in the world, is the result of the hard work achieved by the University to develop programs and initiatives that keep pace with the latest scientific and technological changes in the world, and by consistently focusing on linking theory with practice in all academic programs in order to help students obtain suitable jobs right after their graduation from ASU. 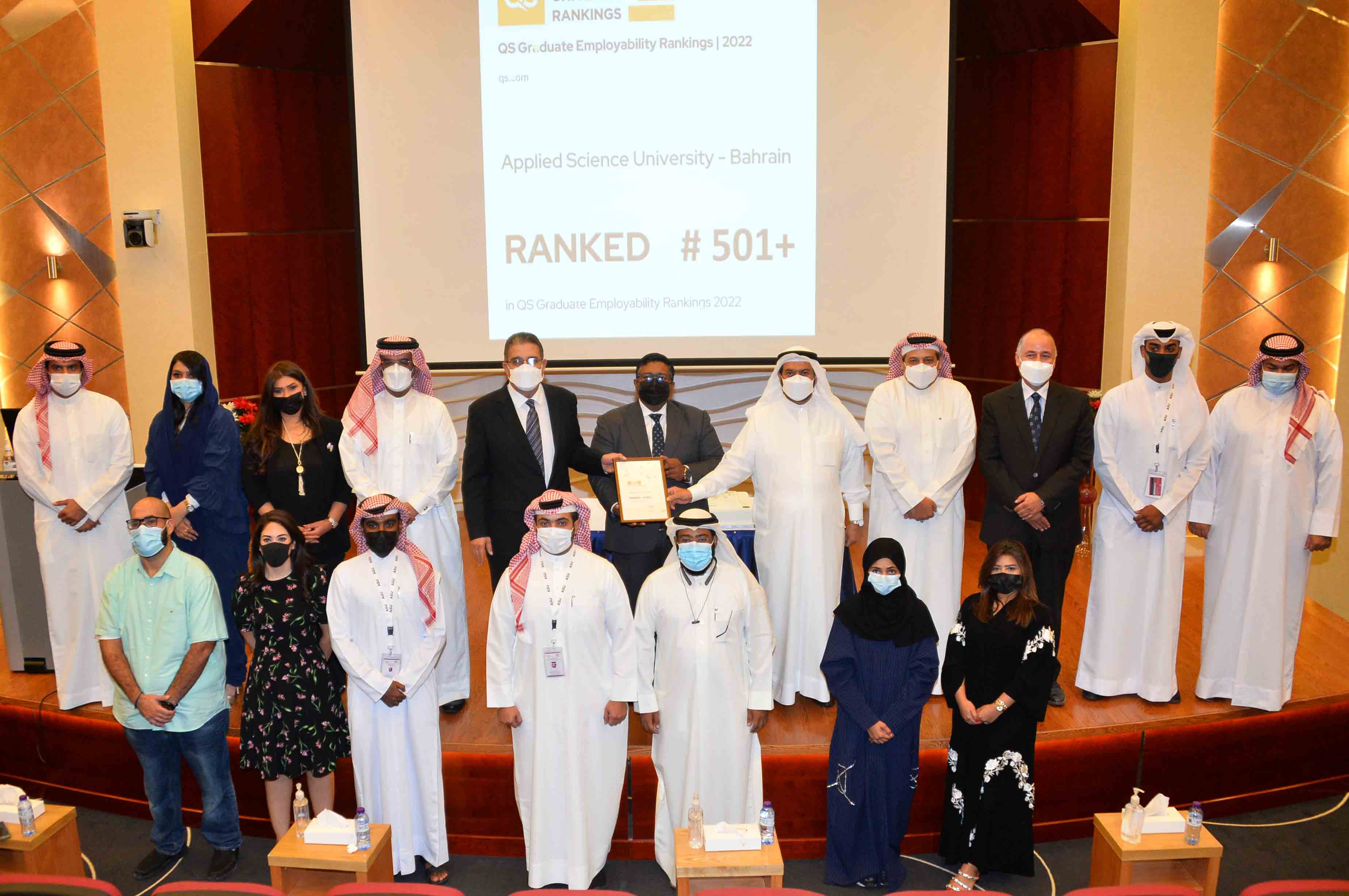