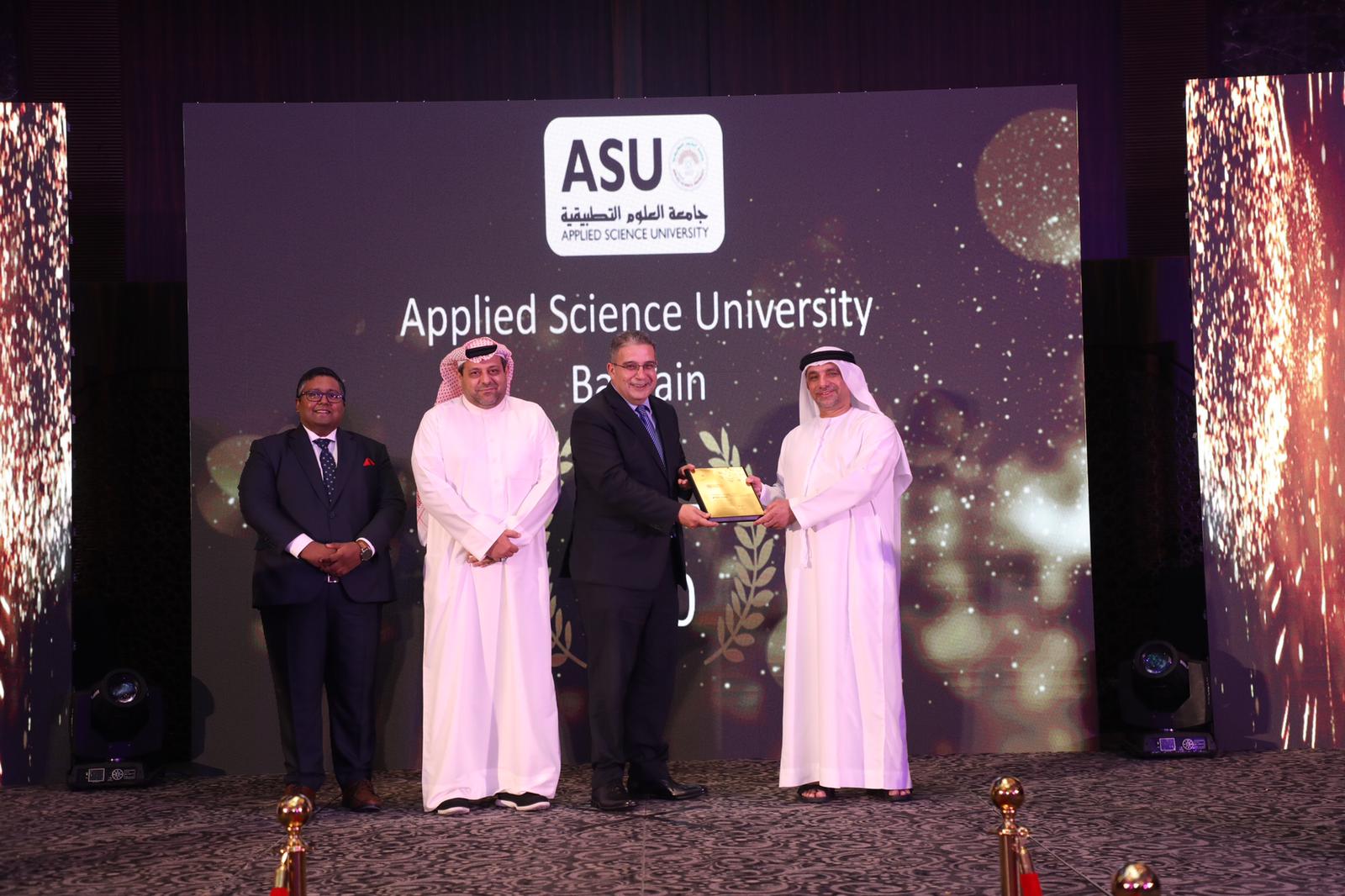 On this occasion, the Chairman of the Board of Trustees, Professor Waheeb Al-Khaja, congratulated the President of the University, Professor Ghassan Aouad, and all the University’s employees on this achievement, pointing out that maintaining these high rankings at the Arab and international levels was no coincidence, but rather the result of the hard and diligent work of all ASU staff members towards taking the University to the level of international universities. He also extended his thanks and appreciation to His Excellency Dr. Majid bin Ali Al-Nuaimi, Minister of Education, and all the members of the Higher Education Council and the General Secretariat of the Higher Education Council for their tireless efforts to develop education in Bahrain and their constant support for the educational system in general.

For his part, the President of the University, Professor Ghassan Aouad, stated that this achievement comes as part of the University’s vision to achieve leadership in higher education and within the University’s strategic direction to enhance its positioning among Arab and international universities by focusing on graduating academically qualified students as per the highest educational quality standards and in line with the strategy of the Higher Education Council in the Kingdom of Bahrain. He also took the opportunity to congratulate the Chairman of the Board of Directors, Mr. Samir Nass, the Chairman of the Board of Trustees, Professor Waheeb Al-Khaja, and all the members of the two Boards on this great achievement that is the fruit of their ongoing support and close follow-up.

As for Dr. Mohammed Yousif Ahmad, the Vice President for Administration, Finance and Community Engagement, he explained that the University, since its establishment, has been focusing on the quality and diversity of its programs, and took it upon itself to be a student-centric institution by developing curricula that make the students at the heart of the educational process and by providing them with all the facilities and learning resources they need to succeed and to keep them abreast of the latest changes and developments in the various technological and academic fields.

Both Professor Ghassan Aouad, President of the University, and Dr. Mohammed Yousif Ahmad, Vice President for Administration, Finance and Community Engagement, represented ASU by attending the QS event that was held in Dubai, UAE, to announce the results of the QS World University Rankings 2022.