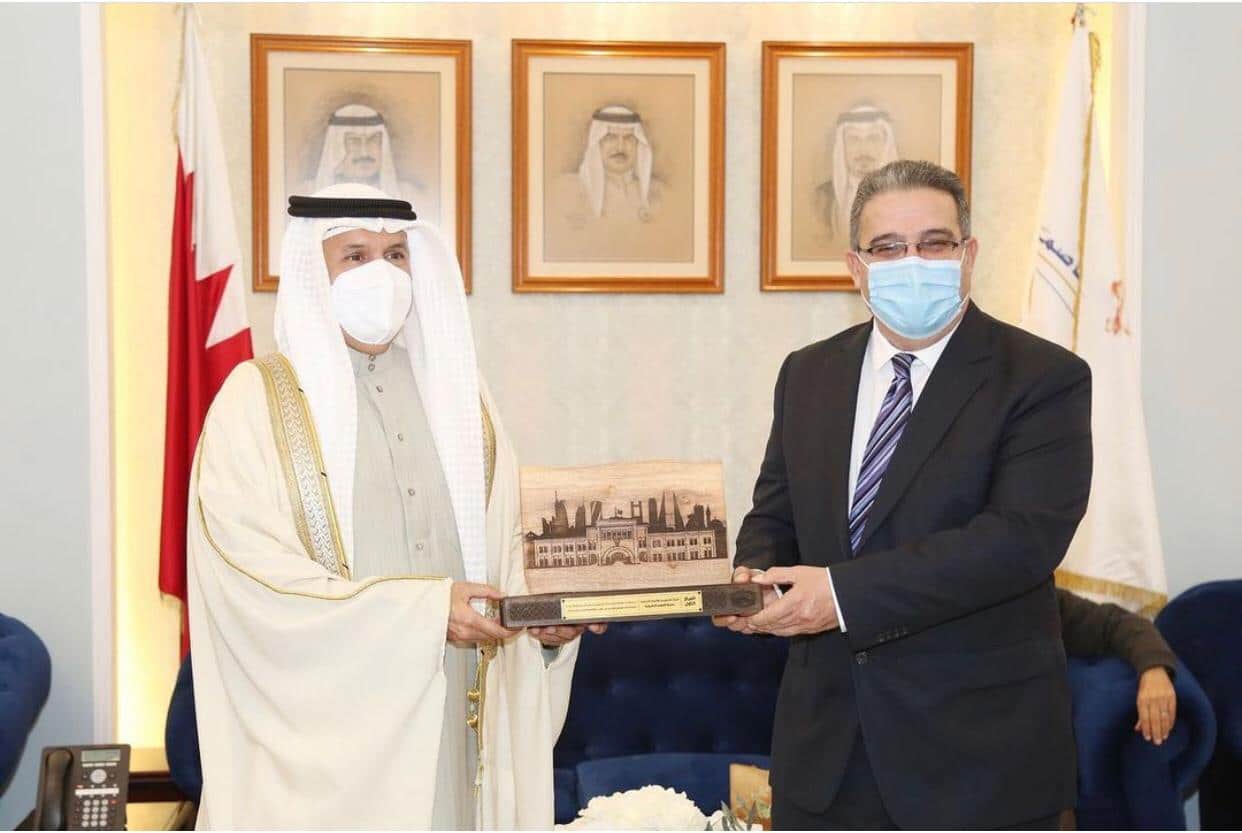 The Applied Science University got decorated in white and red to win, for the sixth year in a row, the first place in the Capital Governorate competition for the most beautiful decoration of public and private buildings for the educational sector, as this competition is held in conjunction with the Kingdom’s celebrations of the glorious National Day and His Majesty the King’s Accession to the Throne as a gesture from the Governorate to promote the values ​​of Citizenship and belonging within the society.

The President of the University, Prof. Ghassan Aouad, received the first place award during a virtual honoring ceremony through virtual communication technology held by the Governorate under the patronage of His Excellency Sheikh Hisham bin Abdul Rahman bin Muhammad Al Khalifa, Governor of the Capital Governorate, and with the participation of a number of representatives of the winning organizations and officials in the Governorate in addition to some staff members from the University.

This competition comes to provide an opportunity for governmental and private bodies and institutions in the Governorate to participate in the Kingdom’s celebrations of the commemoration of the glorious National Day and His Majesty the King’s Accession to the Throne, by decorating their buildings in a way that highlights the urban and civic aspects of the Capital Governorate.

The President also thanked the Capital Governorate for organizing such competitions that enhance the values ​​of citizenship and patriotism within the society, indicating that the University, based on its role as a Bahraini educational institution, is proud of its participation in the Kingdom’s celebrations of national holidays, as it spares no effort to spread the civilizational vision of the Kingdom.