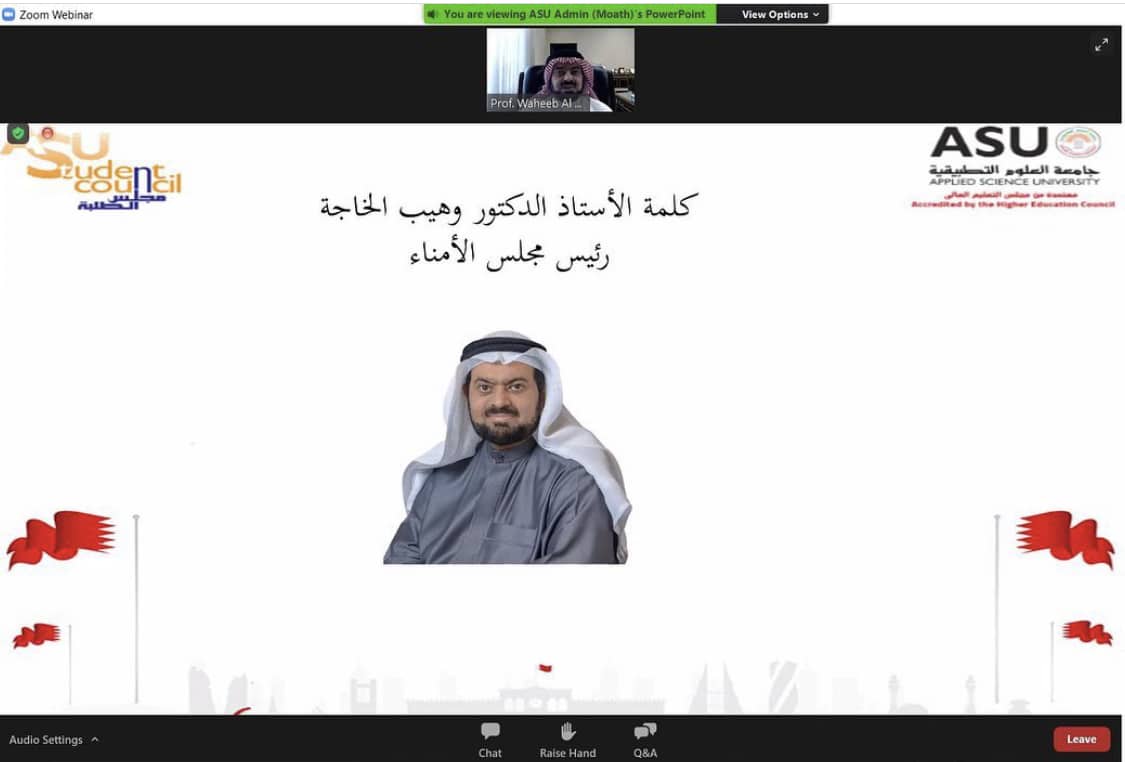 The University gets nicely decorated every year to celebrate the glorious National Day and His Majesty King Hamad bin Isa Al Khalifa Accession to the Throne, as these special occasions that are very dear to the hearts of Bahrainis deserve to be celebrated in a unique and distinctive manner.

The University named its celebration this year “Nation of Resilience”, inspired by the determination of our wise leadership, may God protect and bless all our leaders, at a time in which Bahrain and the world live in exceptional circumstances imposed by the Corona pandemic where the celebration of this year’s national holidays comes as a response to the call of a nation that deserves all devotion and sacrifice.

The 14th Student Council of the University held its celebrations through virtual communication technology under the patronage of Prof. Waheeb Alkhaja, Chairman of the Board of Trustees, and in the presence of Prof. Ghassan Aouad, President of the University, the Vice Presidents, the Deans and a large number of the University staff members, students and their families, where the celebration included a poetry evening with the participation of a group of poets from the Kingdom of Bahrain and the State of Kuwait, and the contest for the most beautiful picture in love for the country, in addition to a competition entitled “The Nation of Knowledge” to enrich the information students have about their country and strengthen their patriotism through direct broadcast via the Student Council account on Instagram.

On this occasion, the Chairman of the Board of Trustees, Prof. Waheeb Alkhaja, expressed his pride in celebrating these two national occasions that are very dear to the hearts of all Bahrainis, pointing out that the University, based on its role as a pioneering educational institution, realizes the greatness of the responsibility entrusted to it to raise the flag of Bahrain high at a time when the Kingdom lives in full blossoming stage on the path of democratic reforms and comprehensive modernization led by His Majesty King Hamad bin Isa Al Khalifa, may God preserve and protect him,  and His Royal Highness Prince Salman bin Hamad Al Khalifa, Crown Prince, Deputy Supreme Commander and Prime Minister.

For his part, the President of the University, Prof. Ghassan Aouad, sent the highest verses of congratulations and blessings for the leadership of the country, represented by His Majesty King Hamad bin Isa Al Khalifa, may God protect him, and to His Royal Highness Prince Salman bin Hamad Al Khalifa, Crown Prince, Deputy Supreme Commander and Prime Minister, indicating that the University today is proud of participating in the Kingdom’s celebrations as it spares no efforts to spread the civilizational vision of the Kingdom of Bahrain.

Prof. Ghassan Aouad also affirmed that the University remains committed to the national values and emphasized the importance of celebrating national occasions which would consolidate patriotism among students and elevate their eagerness to give back to their beloved country, praising students’ creativity, skills and efforts to celebrate the national holidays, and the efforts made by the 14th Student Council, in cooperation with the Deanship of Student Affairs, to ensure the success of the celebrations. 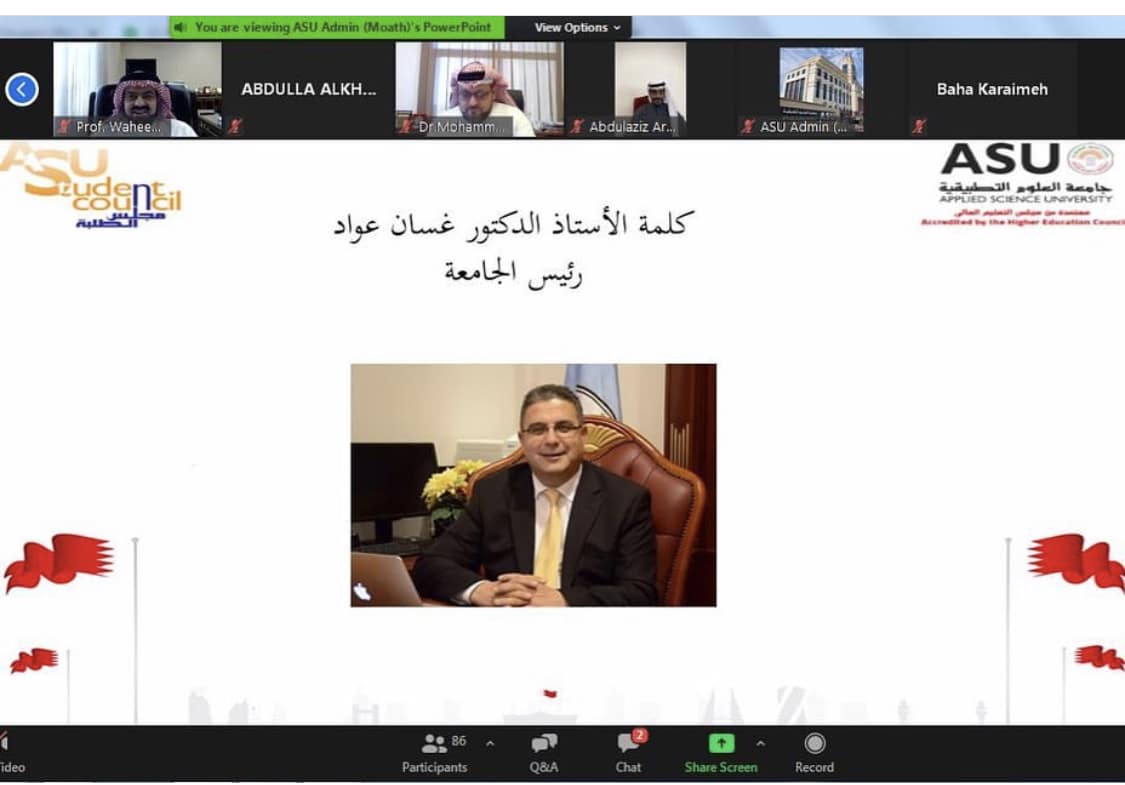 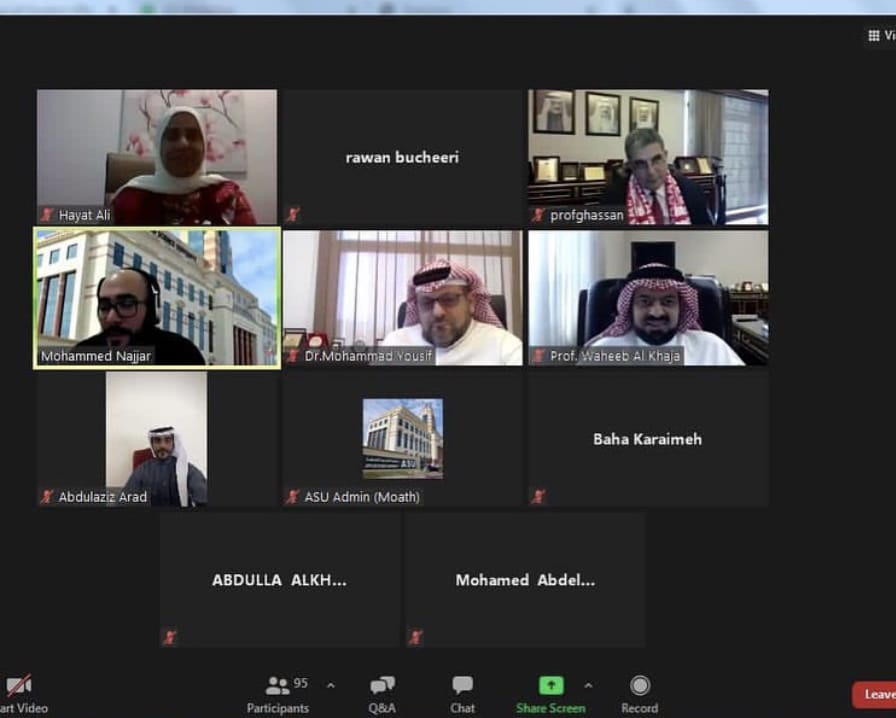 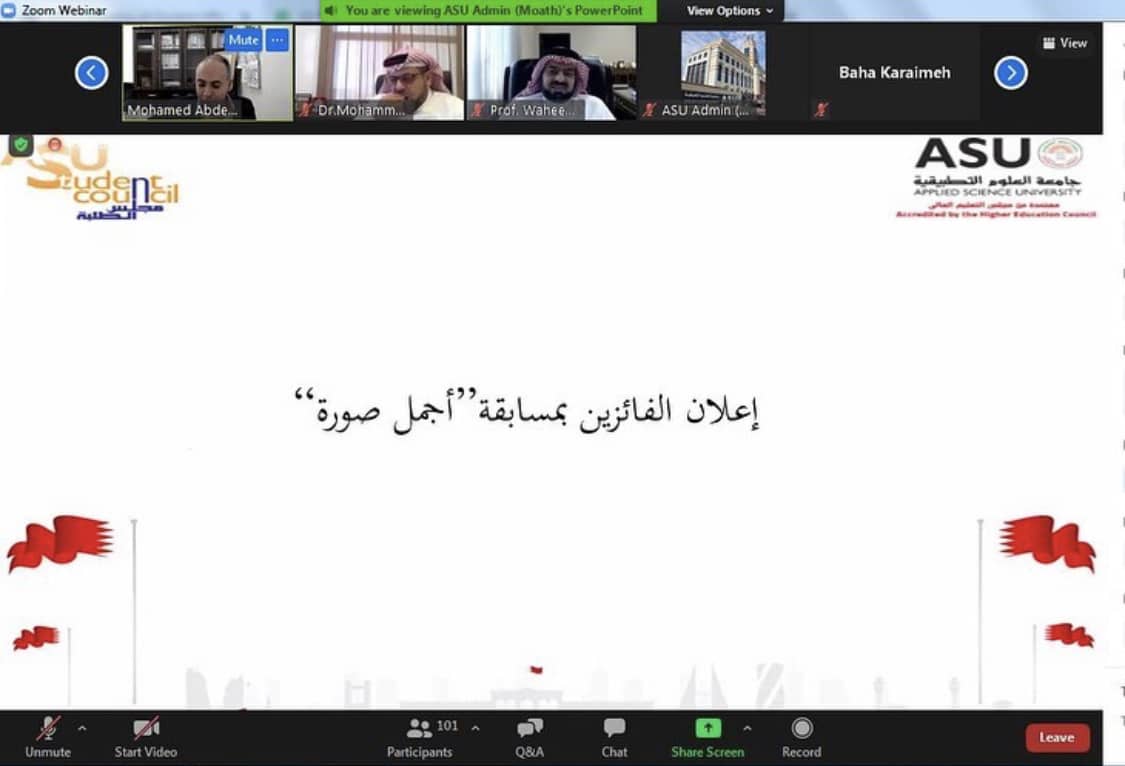 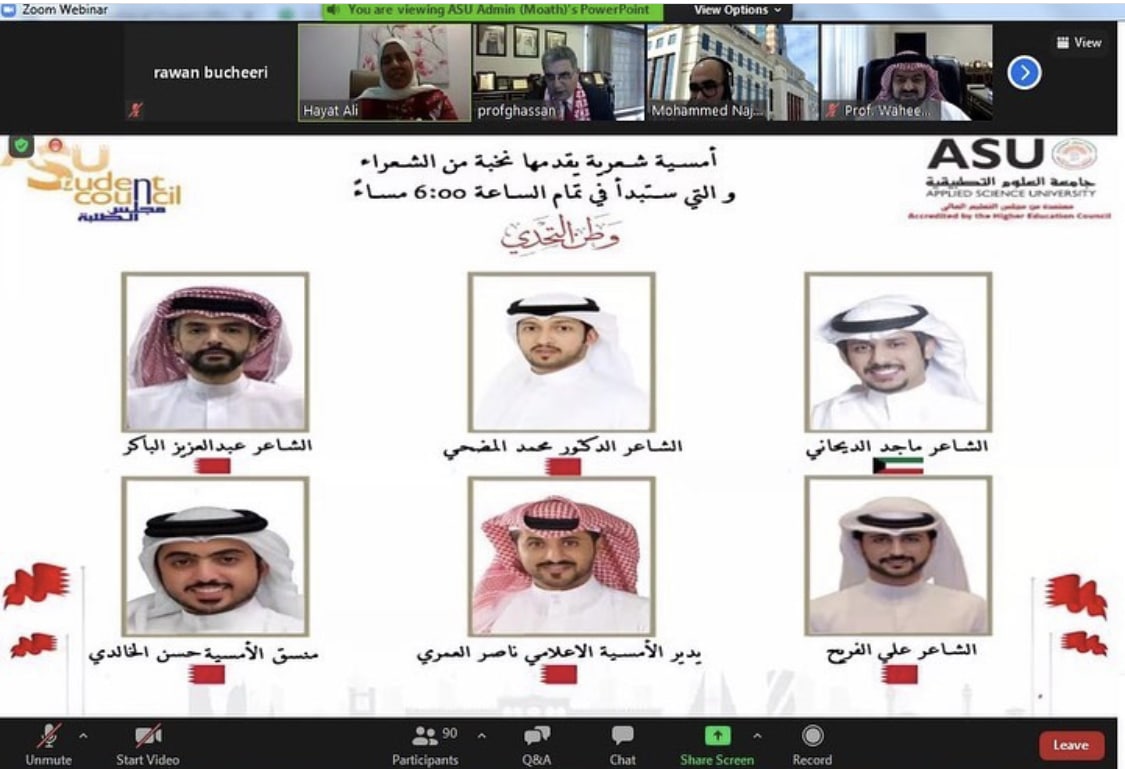 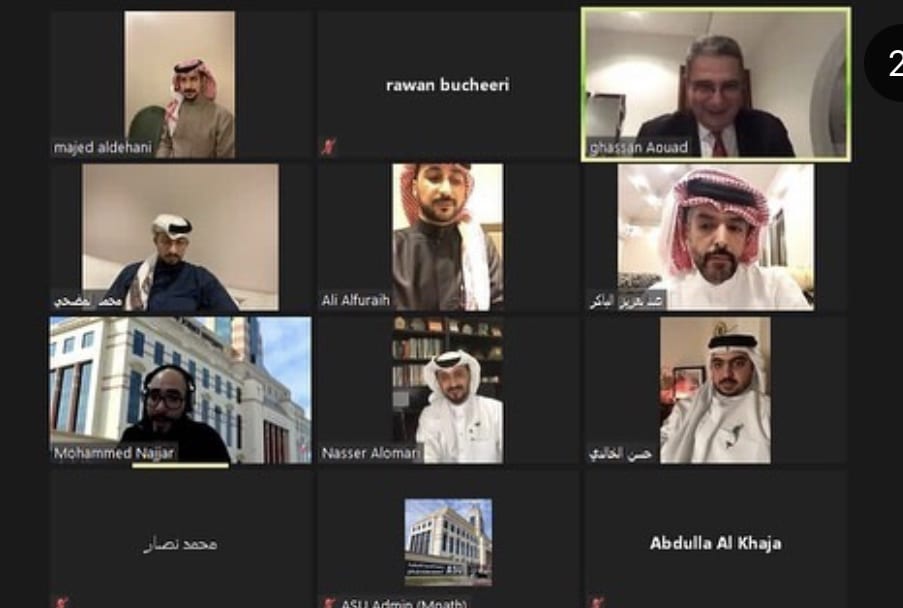 The University promotes the concept of sustainability through an environment-friendly campus, according to the Green Metric Rankings of Green Universities