successful evacuation process in cooperation with the General Directorate of Civil Defense, with the aim of introducing the concepts of evacuation, the duties and responsibilities of the evacuation team, and the importance of protection and safety in evictions.

The process aimed at identifying the evacuation procedures for various incidents: protecting the lives and properties, preparing the staff for the evictions, and ensuring that all detectors, alarms and firefighting equipment function well.

This was preceded by a lecture given by the General Directorate of Civil Defense to the evacuation team at the University. They instructed on the proper procedures on dealing with emergency and fire, eviction of buildings as well as the emergency gathering points including individuals with special needs and responsibilities of the evacuation team.

The University received an official letter from the Department of Protection and Safety of the General Directorate of Civil Defense on the success of the evacuation operation, where 244 employees and students only took five minutes to evacuate under their direct supervision.

Dr. Mohammed Youssif, the Vice President for Administration, Finance and Community Engagement, stressed that the University is keen to meet the safety requirements of their students and staff, as well. He noted that the evacuation and orientation were part of the procedures implemented by the University to maintain their staff and students’ security and safety.

He also explained that the experiment achieved the desired objectives, pointing out that the evacuation process reflected the effective cooperation and coordination between the University and the authorities in testing the plans and readiness of the University for Emergency Situations. It has also prepared the efficient employees of the University to deal with similar situations and equipment in case of emergency. 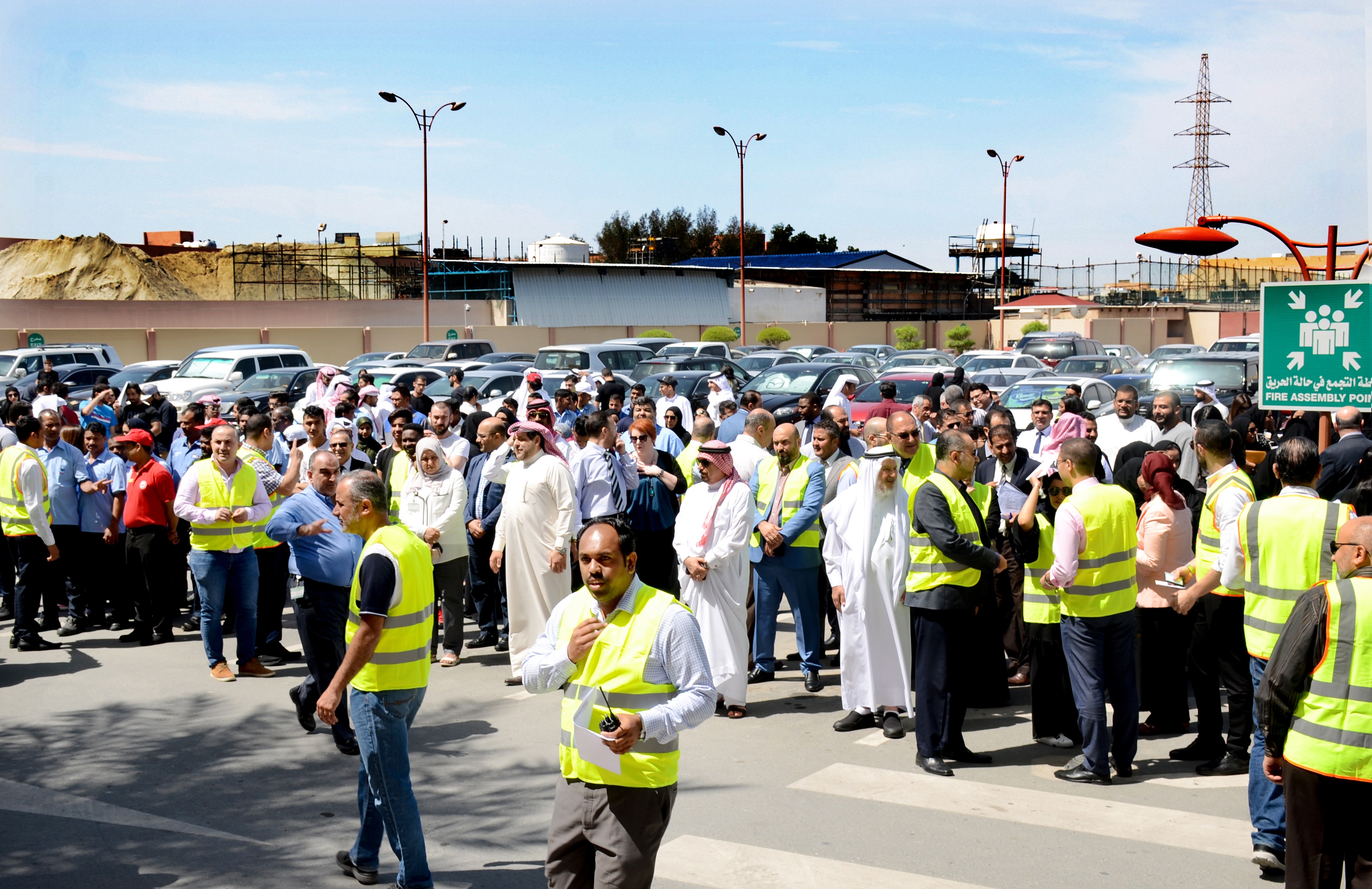 Academic Accreditation: The Most Important Institutional achievement in the Academic Field